I read this blog post yesterday Early morning frost from Littlenestbox and one of the things in life I love the most is frost and autumn.  I decided that I was going to get up early (7am - practically still nighttime) and go for a walk and take some pictures.

Easy enough you would think.  I am really not a morning person.  I may be a mutton at heart but when it comes to mornings I am a full on teenage lamb.   I want to be able to do mornings, I really do but I just can't.  I just get tired and grumpy.  I told my aunt last night that I was getting up early.  She laughed and then said, "Shall I still say goodbye to you now" (she was going away for the weekend and leaving at half seven).  Rude, I thought but actually I agreed with her and said goodbye.  I was still going to put my alarm on for 7 but the chances of me emerging from my room were slim.  No I wouldn't be writing this post if I hadn't made it so yes at 7 O'clock this morning I actually awoke rather perkily.  I still had a few minutes hesitation after I had switched my alarm off but shock horror the lamb arose.  When my aunt saw me she said "the world's gone mad", or at least I think she did.  I may have been up and out of bed but I sure as hell wasn't 'awake'.

I wrapped up in hat, gloves, scarf and coat and set off into the woods.  It was so calm and peaceful.  Just me and my music and the cold crisp air.  There were only a couple of people around and I could get back to my thoughts.  I took hundreds of pictures but here are my favourites.  I think people must have thought I was mad taking so many pictures but as I said autumn and frost are both things I love and with the dawn light they were extra beautiful.

I really recommend you taking a walk on your own in the early (for me at least) morning.  Just be with your thoughts and let the fresh air refresh you for the day ahead.  Don't forget to wrap up warm though! 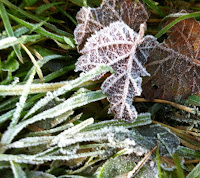 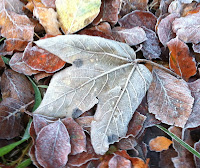 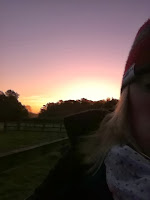 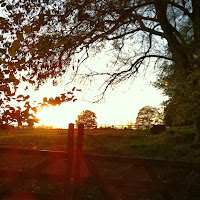 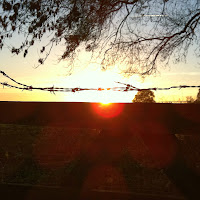 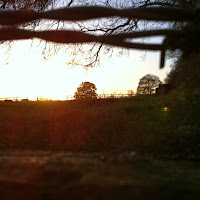 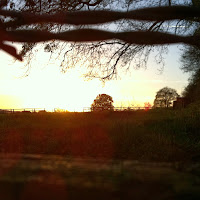 Looking into the unknown 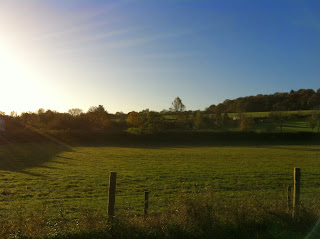 I came home and picked some flowers
before settling down with a nice cup of tea in my favourite mug. 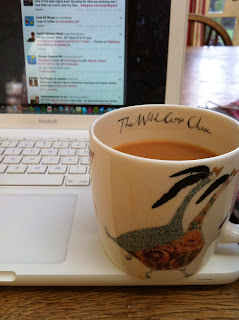