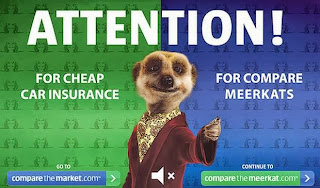 When you go to the cinema, timing is crucial.  You want to get there early enough that you can watch the trailers (I have a love/hate relationship with trailers), but late enough that you miss the dreaded adverts.

I inevitably fail and normally miss the start of the film because I'm late, or end up watching every advert before the trailer.  I HATE ADVERTS.  At least when you are at home and accidentally end up watching a programme on ITV/E4/Channel 4 you can either switch channels or if you are lucky enough you can fast-forward because it is an old recorded episode of Lewis.  At the cinema though, you have no escape.

I understand that advertising is important for a company, but why have they become so weird/confusing.  Take the HTC advert I saw when I went to watch About Time.  I know it sounds implausible but I momentarily forgot what an HTC was.  No worries I thought, the advert will inform me, whist encouraging my to buy whatever it was.  Well it didn't.  The whole advert was based around what HTC stands for, because that's what everyone wants to know.  I DON'T CARE WHAT HTC STANDS FOR, I JUST WANT TO KNOW WHAT HTC IS AND WHAT IT DOES! It gets worse. At the end of the advert it basically said, "we don't know what HTC stands for." WHAT?! Just tell me what it is and why I should buy it you morons.*

At the end of most adverts I am speechless with confusion.  I just don't understand them.  Like the Meercat one pictured above.  It's just weird.  All I want from an advert is someone to tell me the pros and cons of the product. The end.

Am I being unreasonable, or do adverts annoy you too? Do you think they are actually quite clever?

*I have since remembered what an HTC is. It's a phone in case you don't know/remember.