This was all I said on my four day trip to France/Paris!  I was going to the south of France for a wedding and decided to stop in Paris for a day and night.  Easy peasey you might think.  Well I thought so too, which was why I went on my own.  Sadly although most of it was easy,  I have managed to come up with a list of eight things not do when in Paris.

Eight things not to do in Paris

1.  Don't miss the eurostar train.  It's not hard, you are given a time and you arrive an hour early.  Sadly I was incapable of doing this.

2.  Don't when getting on the metro get you bag caught in the barriers, as this results in your bag being left on the wrong side of the barrier and you with no means of getting to it.

3.  Don't throw money at a bus driver when you don't understand him.

4.  Don't when buying a train ticket with a "man in a booth" think that when he says "That will be five sixty-five" think 'oh that's a strange to tell the time, maybe I've miss heard him and meant 5.55'.  I slowly realised that he was of course telling me the price of my train ticket. (In my defence it was 17.30 at the time so he could have been telling me the time. No?)

5.  Don't take a really really heavy bag and think you can float around paris wearing a fedora hat and long skirt.  What you will actually do is stumble around trying not to collapse under the shear weight of said bag.

6.  Don't walk in the wrong direction continually when trying to find a chic 'century old coffee shop' that after walking round in circles for an hour is closed and being refurbished.  This was also made worse by my bag (see number 5).

7.  Don't wear a skirt that is too long so you trip because you don't have enough hands to lift it up.  Also don't wear said skirt with its elasticated waist as the weight of bag and you stepping on the bottom with make your skirt move southwards as you fall to the ground. The whole chic-look is not great when you are a heap on the floor.

8.  Don't forget to take essential items such as knickers and tampons.


I also came up with a list of five cool/weird things in paris so that you don't think I'm a complete idiot and spent my time in paris in a heap on the floor with my skirt round my ankles.

1.  Full string orchestra in the metro.

2.  Pianos in train stations for anyone to have a bash at.  There were some very good players and singers.

4.  The old style train station in the village I spent the night at.


As I said I did have a great time and below are some pictures what I took. 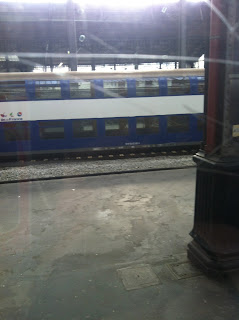 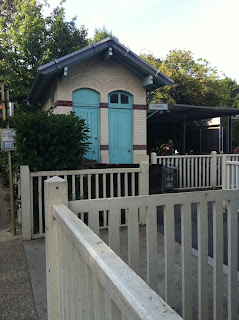 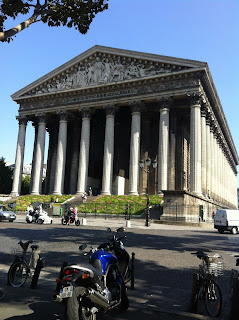 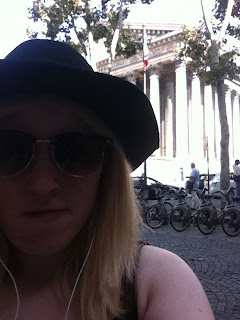 Me in my fedora hat outside the church above 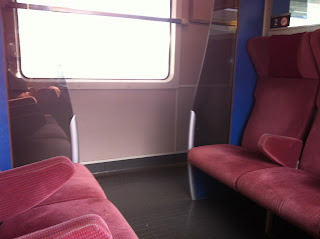 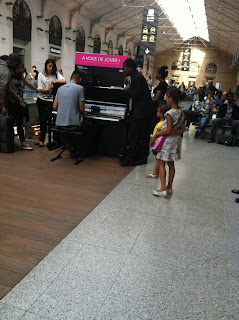 The pianos at the station 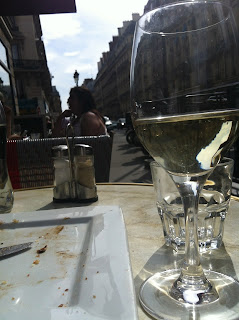 My first meal in paris (and more importantly my first glass of wine!)

A few from the wedding: 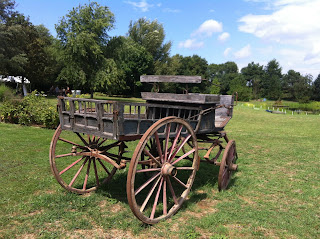 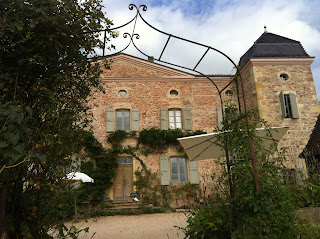 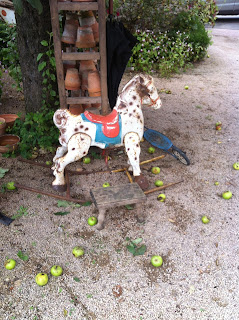 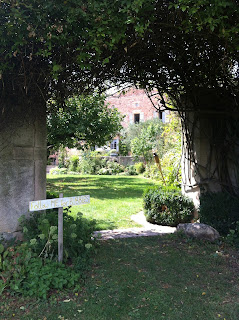